Peter Tate
The Curatage Ghost
A tale for children of any age complete with Ghosts, secret tunnels, Corfe Castle in 1530, and four children in a fantastic adventure set.
A Curatage is a vicarage for a curate if you were wondering.
The house that we lived in in Corfe Castle village in Dorset was called The Old Curatage. It is very old, haunted and still there.
​The illustrations are by Beth Starmer who still lives there.​
Go to You tube for all the chapters read by the author
Buy on amazon 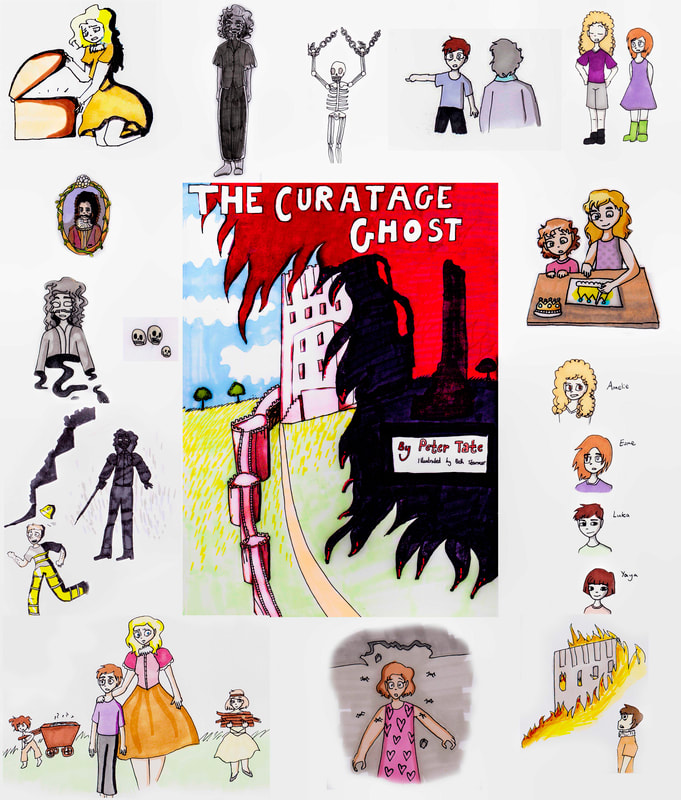 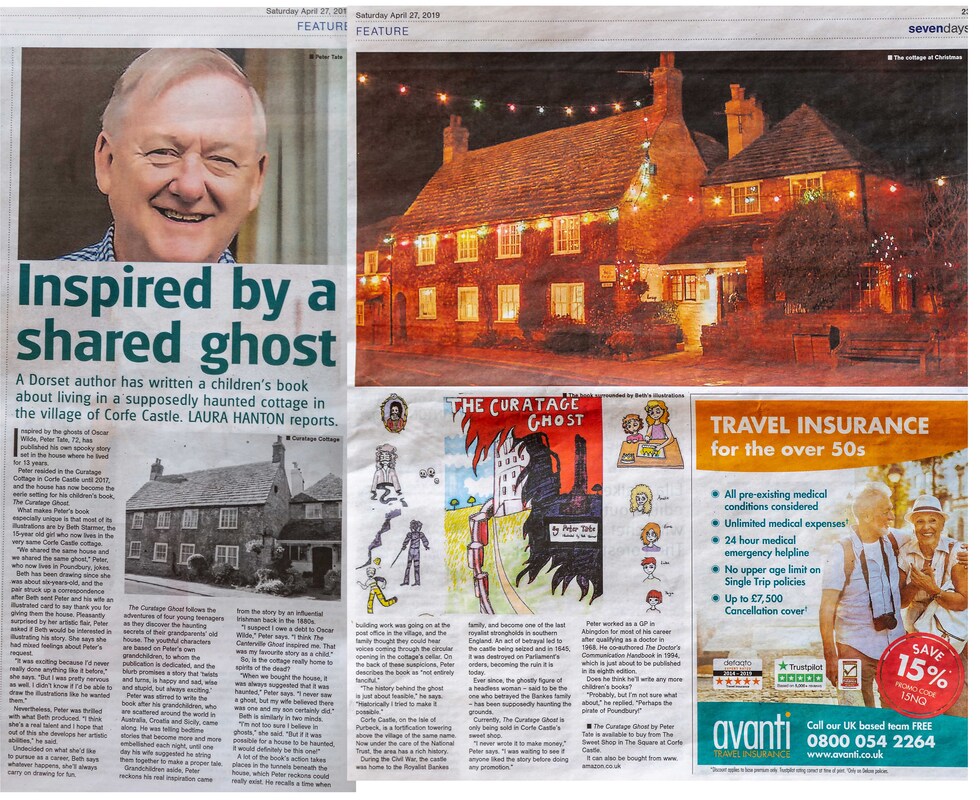 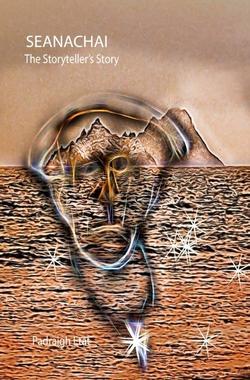 Wow—I really love Irish stories and folklore and this one certainly takes the cake. Ever since I studied British Lit, the idea of thousands of stories never being written down but spread by word of mouth enthralled me. Later, of course, monks played their hand in writing down what they could, but no doubt they edited to suit an agenda, which is fairly obvious when you read things like Beowulf. Anyhow, I felt this book was quite natural in the storytelling process, which, I have to admit, creeped me out at some points of the story.
The author’s writing style plays a huge role in the storytelling though. I really enjoyed the way things flowed smoothly and at times I felt like I was being spoken to. The story itself will have you glued to the screen as you read, but it also gets under your skin as if you’ve been reached by the ghost.
I’d highly recommend this to anyone! It’s one of the best books I’ve read all year.
5.0 out of 5 stars Full of imagination with a grain of truth!
Bymint tea on February 13, 2016
This book is delightful because of all the stories to read in it. The plot is also a tale of good and evil that has not been overused. A couple on vacation get a visitor in the middle of the night. He is a storyteller, who they allow to come in, give him something to eat, and are overall hospitable. After he leaves, they see there is no evidence that he has been there, and no one else has seen him. First they think they are crazy or hallucinating, and then they find out what is really going on. I really enjoyed reading the story he told them the first night, and I liked the overall plot of the book. I think it could have been even more interesting if I was more familiar with the geography and cities in Ireland, but that is nothing that takes away from the story.
5.0 out of 5 stars I Love Love Love Old Folks tales
By JA Armstrong on February 12, 2016
I Love Love Love Old Folks tales, anything to do with Irish/Scottish heritage and Ghost stories, so I had high hopes for this short novella and it sure did not disappoint. The writing was gripping and drew you in quickly and the plot was intriguing enough that over the course of the book I did not get bored or try to skip ahead. However, I did end up staying late to finish (or rather devour) this book, so beware of that when you get it.
The story begins with a couple traveling through Ireland in the Ring of Kerry area. One night they are visited by a traveling Storyteller (Seanchai), who turns out not to be completely human after all. The stories he tells them, sound familiar and they realize that their own past is woven into the stories they are being told and through this unique perspective, they are moved to action. For Dan this means to start putting his own “ghost” story to paper, and for Kay, she travels back to the small village where she reconnects with her roots: the good and the bad.
This is a very intriguing and unique story. I highly recommend this one to anyone who loves themselves a good mythical tale.
5.0 out of 5 stars The Seanachai was brilliant!
By dublinebayer
on February 12, 2016
The Seanachai or the bearer of old lore is quite famous throughout the history of Ireland for spinning tales and storytelling. I loved Kay's character and how she mistook the Seanachai for a mental patient. I thought there were parts of the story that were very creepy and I also felt that giving the Seanachai the appearance that the Padraigh did gave this colourful character a great deal of depth. I really enjoyed the story but I have to say I was frightened in some parts and had to put the book down until morning. I would definitely recommend this story especially if you are charmed by the Irish ways.
5.0 out of 5 stars Loved this author's writing and original work. Highly recommended!
By Sierra Klein on February 12, 2016
I absolutely enjoyed this book as I am a fan of Grimm Fairy Tales and other tales alike. This is a fairy/ghost type of story, which I found to be very original. It intervenes Irish myths, both ancient and modern. A young couple decides to take a vacation to a secluded cottage on the Ring of Kerry. One night during their trip, an Irish Tramp wakes them up to tell them stories. They later figure out that this Tramp is more than just a storyteller; possibly a ghost. This gives the young doctor motivation to write his own ghost story. Loved this author's writing and original work. Highly recommended!
5.0 out of 5 stars It is far and away the best written ghost story I have ever read
By Katie Maughan on February 8, 2016
Ok, so this book was seriously intense. It is far and away the best written ghost story I have ever read! It gave me nightmares for days after reading it. Granted, I am a huge whimp when it comes to ghosts and scary stories but this book was scary!